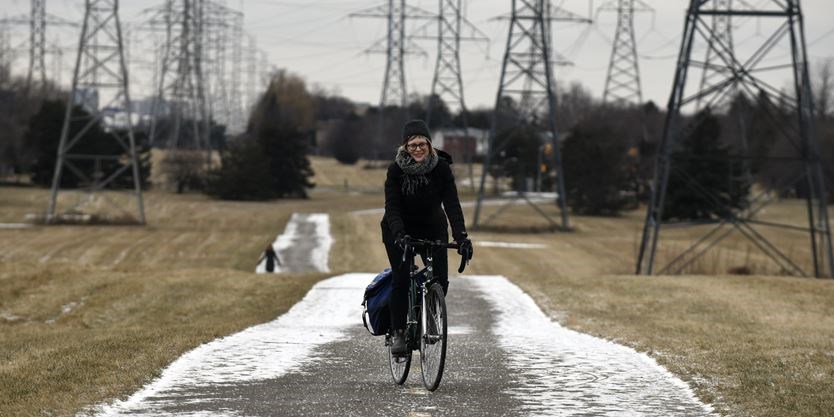 For a committed cyclist in one of Toronto’s suburbs, the road is lonely and dangerous.

People who believe in its value for transportation say cycling is social: you start riding with friends, run errands close to home.

Then you take on the traffic.

In the core, it’s easier. There are other cyclists, bike lanes, and often bike shops nearby.

In the larger suburbs — Scarborough, North York, Etobicoke — little of that exists, and traffic moves faster.

Suburban cycling “is often seen as a child’s activity” because it doesn’t seem normal, said a new report, Building Bike Culture Beyond Downtown: A Guide to Suburban Community Bike Hubs, released by The Centre for Active Transportation (TCAT) last week.

“The fewer people who cycle, the more unsafe it feels,” the group’s director Nancy Smith Lea told cycling advocates from across the city in North York.