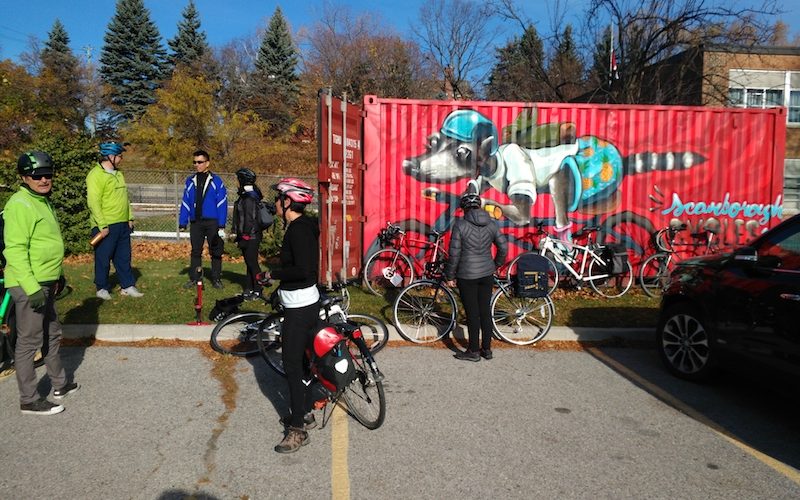 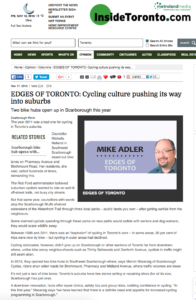 It’s not just a lack of bike lanes: Toronto’s suburbs have few stores selling or repairing bikes (for all its size, Scarborough has just one).

A downtown innovation, hubs offer repair clinics, safety tips and group rides, building confidence in cycling. “In this first year,” Macaraig says “we have learned that there is a definite need and appetite for increased cycling programming in Scarborough.”