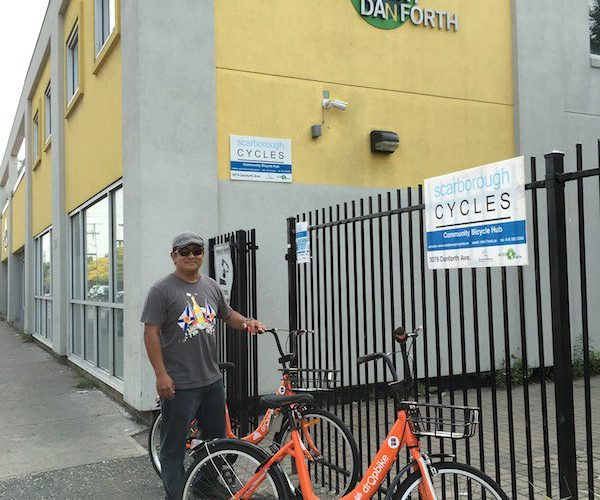 An east-end cycling program is still down one stolen bike, but they are up in donations.

After Metro reported that one of Scarborough Cycles’ bikes went missing last month, the group has received eight used bikes ready to ride and more that can be used for parts.

“We normally get a steady stream, but there was definitely a bump, ”program co-ordinator Marvin Macaraig told Metro, adding many donors told him they read about the missing bike in the paper.

Scarborough Cycles promotes bike culture in the suburbs by offering DIY bike repair, guided rides like this summer’s Tour de Scarborough and access to bikes at two community hubs in the Danforth and Birchmount neighbourhoods.