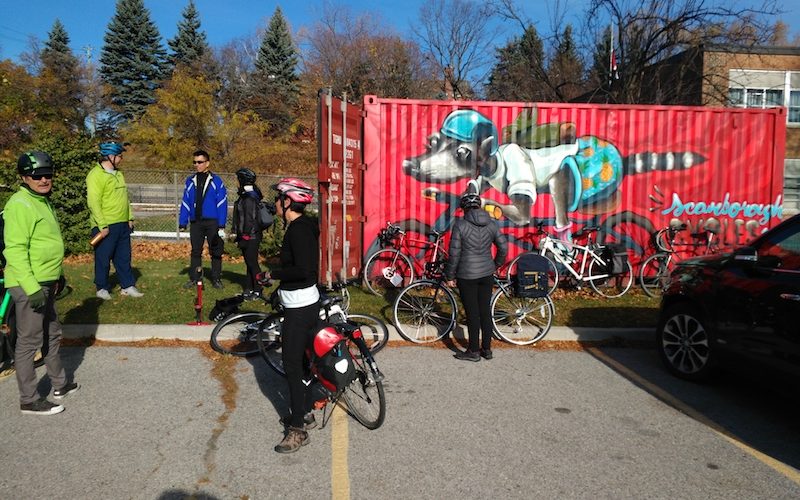 The Centre for Active Transportation’s new report, Building Bike Culture Beyond Downtown: A Guide to Suburban Community Bike Hubs, was featured in an article by Rob Jowett in Novae Res Urbis Toronto:

Increasing cycling in suburban Toronto will require more than new infrastructure. It also needs investments in social supports to change behaviours. A new report from The Centre for Active Transportation examines the dilemma with increasing cycling rates in the suburbs: people are hesitant to cycle where infrastructure is non-existent, and lower cycling rates means that those areas are lower priorities for new infrastructure. The report is the result of a study into building a cycling culture beyond downtown, and was focussed on Scarborough.

“It’s not a messaging thing anymore,” says Access Alliance Scarborough Cycles bike hub coordinator Marvin Macaraig, who was also involved in the study. “People get it. They want it. They’re always looking for more ways to get on the street. So what makes it difficult is… there’s a lack of infrastructure.”