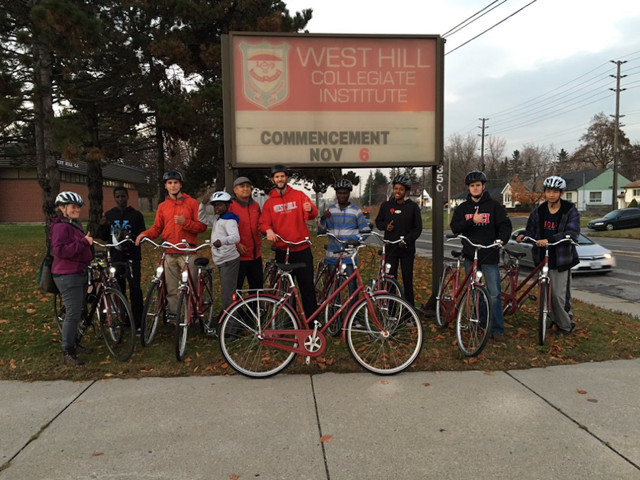 On November 11, 2015 the West Hill Collegiate Institute Bike Club held its very first meeting. This after-school program is coordinated by CultureLink with funding from the Toronto Foundation.

Plans for the Club include rides and trips to cultural and recreational sites in Scarborough, mechanics and riding skills workshops, and training in video production and digital storytelling.

Scarborough Cycles is helping the Club overcome a major barrier to participation by providing 16 new Simcoe 3-speed bicycles. In June, 2016 the bikes will be transferred to two new bicycle hubs established by Scarborough Cycles, where they will be used all summer long by new cyclists involved with TCAT’s bike mentorship programs.

Scarborough Cycles is funded by the Metcalf Foundation’s Cycle City program, which aims to build a constituency and culture in support of cycling for transportation.