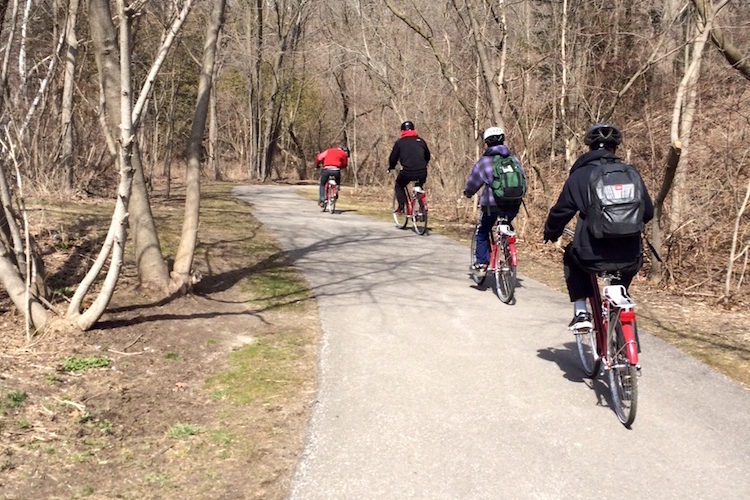 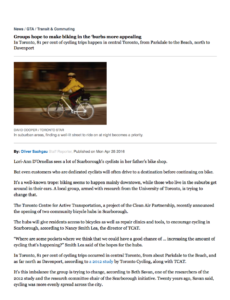 “The Toronto Centre for Active Transportation, a project of the Clean Air Partnership, recently announced the opening of two community bicycle hubs in Scarborough.

The hubs will give residents access to bicycles as well as repair clinics and tools, to encourage cycling in Scarborough, according to Nancy Smith Lea, the director of TCAT.

“Where are some pockets where we think that we could have a good chance of … increasing the amount of cycling that’s happening?” Smith Lea said of the hopes for the hubs.”

Read the full article here. An abbreviated version of this article also appeared in Metro News.