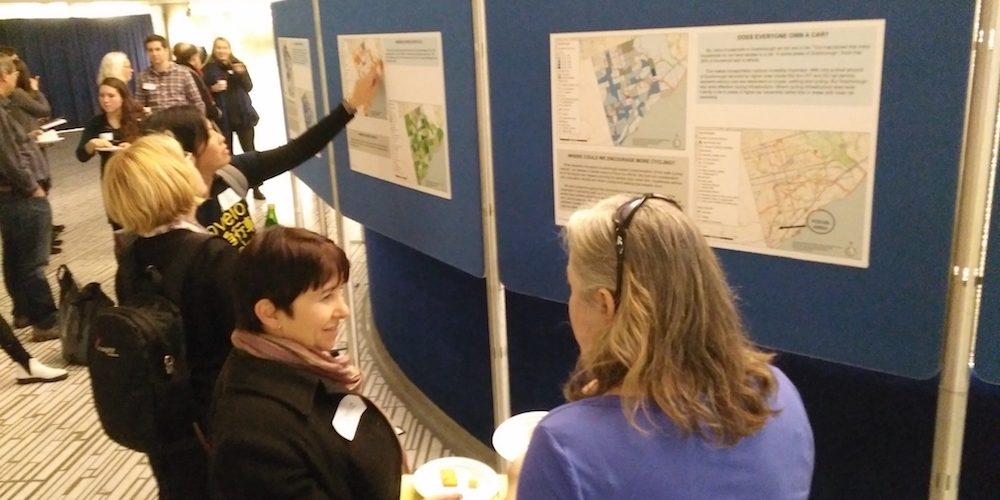 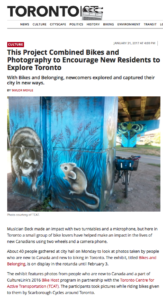 “Musician Beck made an impact with two turntables and a microphone, but here in Toronto a small group of bike lovers have helped make an impact in the lives of new Canadians using two wheels and a camera phone.

About 40 people gathered at city hall on Monday to look at photos taken by people who are new to Canada and new to biking in Toronto. The exhibit, titled Bikes and Belonging, is on display in the rotunda until February 3.

The exhibit features photos from people who are new to Canada and a part of CultureLink’s 2016 Bike Host program in partnership with the Toronto Centre for Active Transportation (TCAT). The participants took pictures while riding bikes given to them by Scarborough Cycles around Toronto.”