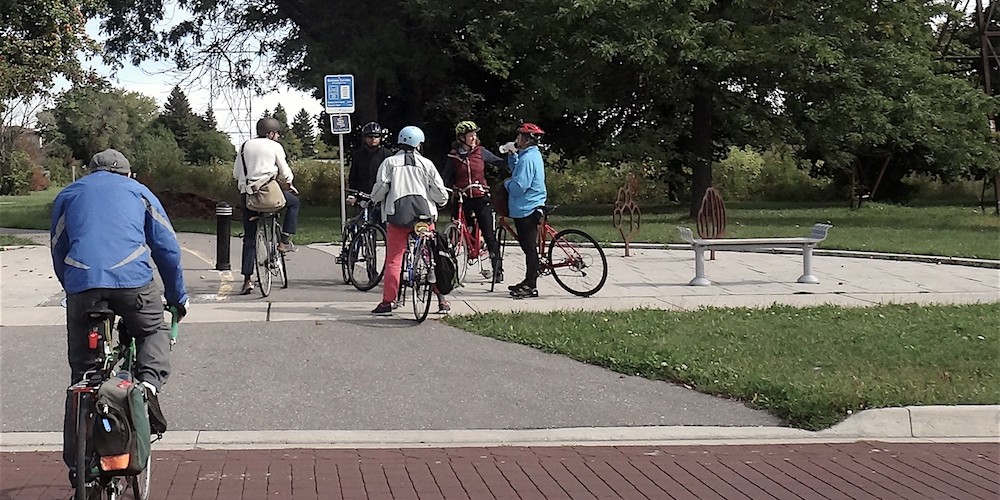 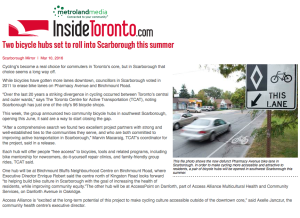 InsideToronto.com wrote about the announcement of TCAT’s Scarborough Cycles hubs set to open in June 2016.

“Over the last 20 years a striking divergence in cycling occurred between Toronto’s central and outer wards,” says The Toronto Centre for Active Transportation (TCAT), noting Scarborough has just one of the city’s 96 bicycle shops.

This week, the group announced two community bicycle hubs in southwest Scarborough, opening this June, it said are a way to start closing the gap.”